Is Paintless Dent Repair the Right Choice for Your Car?

If your car has a scratch, dent, or ding, you might not relish the idea of paying lots of money to have it bumped out, but you might also not want to drive around with a beat-up car either. This might especially be true for those who may be thinking about selling their car and who know that even a sight nick can mean a reduced asking cost. Whatever your reasons for wanting to fix every minor scratch on your car, you might note if paintless dent repair is an option for you.

You might think that the paint of a car would get chipped or cracked when the car is dented or dinged, but most of today's car paints are meant to be very flexible so that they can actually bend slightly. Paintless dent repair shouldn't crack or chip the paint if it's still intact when the work begins.

3. Can all dents and dings be fixed with paintless dent repair?

If a dent is very big then it may have chipped the paint and you would need to have new paint put over it, even if you could massage it out. Some dents and dings are also so deep that the metal cannot be massaged out completely and it would need filler material. Also, if rust has been exposed from the dent, this usually needs sanding and new paint even if the dent is somewhat small. Your repair tech can tell you your options and note why paintless dent repair won't work, if that's the case.

Massaging a dent out of a panel doesn't somehow make the panel weaker; some very large dents might compromise a vehicle body strength and in those cases, you might want to have the panel replaced completely. However, massaging the dent back out of the panel doesn't leave weak spots along the outside area of the dent or mean that you're more likely to develop holes in that area. 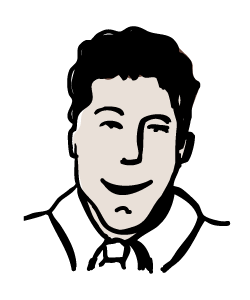 Hello, my name is Elliot. I am 32 years old and I live in Perth, Australia. Welcome to my auto blog. When I purchased my car, I didn't really pay much attention to looking after it. The car was really nice, it drove well and looked good. For the first year or so, I had a great time driving around. However, I eventually began to have some problems. The engine sounded rough, the paint job looked really bad and my car just didn't seem very cool anymore. I took it to my local auto garage and they gave me some great advice about how I could care for my auto. Since then, my car and myself have both been much happier.